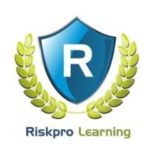 Business, financial and investment decision must be based on true and accurate financial reporting information in order to be correct and successful. Forensic audit report can have a strong impact on the business or any organization. Forensic audit plays a very important role in the investigation of the financial crimes that take place. In the recent decades, the world’s biggest financial crimes and global financial damages have led to the emergence of forensic audit. So now a days there is a need forensic auditor at large. The primary focus of forensic audit is to look after the specialized approach and methodology to recognize fraud and to investigate into it. Overall, the fact that number of frauds has increased in the recent years, has motivated the organizations to seek new directions and ways to combat with the activities with the different types of scams that are taking place.

Forensic audits are becoming more and more significant audit services. This specialized service is partly arranged with the audit firms partly followed by the certain restrictions; Forensic audit is followed by certain professional regulations. Materiality plays a major role in forensic audit because it determines the amount of damage of fraud caused. When involved in the court proceedings, forensic auditor is required to witness in the court of law as an expert. The limitation arising from the nature of forensic audit are very important for decision making process. Forensic auditing is now becoming a developing stage in India, it is currently in great demand because of its emergence in investigating and preventing fraud, financial crime etc. So let’s go through the types of forensic audit .

Vendor fraud schemes can be divided in to 2 groups:

In simple terms an employee invents fictitious vendors and at the same time submit bills from the “vendor” to their employer for doing the payment.

Vendor fraud schemes include the following”

Vendor submit the inflated invoices for their goods and services. In some of the cases the invoice might reflect the charges for greater number of goods than the customer has actually received.

Vendor and employees join hands to guide the organization’s purchase of goods and services to a bidder offering at a high price.

This is an agreement among the competitors to set the same price of goods or services by either jointly establishing a price range or consider it at a minimum price.

The employees accept misappropriated funds from vendors for facilitating the frauds.

Bankruptcy is a legal process through which people or other entities who cannot repay debts to creditors may seek relief from some or all of their debts.  Bankrupt is not the only legal status that an insolvent may have.

Bankruptcy Fraud is a white-collar crime. The common criminal acts under bankruptcy statutes involve concealment of asset, concealment or destruction of document, conflicts of interest, false statement, fraudulent claims, Bankruptcy fraud shall be distinguished from the strategic bankruptcy. All assets must be disclosed in the bankruptcy schedule whether or not the debtors belief the asset has net value. This is because, once the bankruptcy petition is filed, it is the creditors decision to decide whether a particular asset has value.

Securities Fraud are also known as stock fraud, investment fraud, is a deceitful practice in the stock or commodities markets that induces investors to make purchase or sale decision on the basis of false information, violation of the securities law.

Corporate fraud refers to illegal activities undertaken by an individual or company that are done in a dishonest or unethical manner. Dummy Corporation

Dummy corporations may be created by fraudsters to create the illusion of being an existing corporation with a similar name.

According to enforcement officials of the Securities and Exchange Commission, criminals engage in pump and dump schemes, in which false and/or fraudulent information is disseminated in chat rooms, forums, internet boards

There are two types of “insider trading”. The first is the trading of a corporation’s stock or other security by corporate insiders such as officers, key employees, directors, or holders of more than ten percent of the firm’s shares. This is generally legal, but there are certain reporting requirements.

Financial Identity Theft when someone uses another person’s personally identifiable information (PII) for the financial gains. Financial identity theft is a crime where there is more at risk than your money, such as your creditworthiness and your reputation with future lenders and employers.

Insurance fraud is a fraud which is an illegal act on the part of either the buyer and seller of an insurance contract. Insurance fraud from the issuer include selling policies from the non-existent organization, fail to submit the premium, to churn up the policies to create more commissions.

A debt default takes place when the borrower fails to pay his or her loan at the time it is due. The time a default happens varies, depending on the terms agreed upon by the creditor and the borrower. Some loans default after missing one payment, while others default only after three or more payments are missed. In such an event, serious repercussions can happen, such as getting a poor credit rating.

What is the Salary of Forensic Auditor?

What is the difference between Audit and Forensic Audit ?

How to become a Forensic Auditor ?